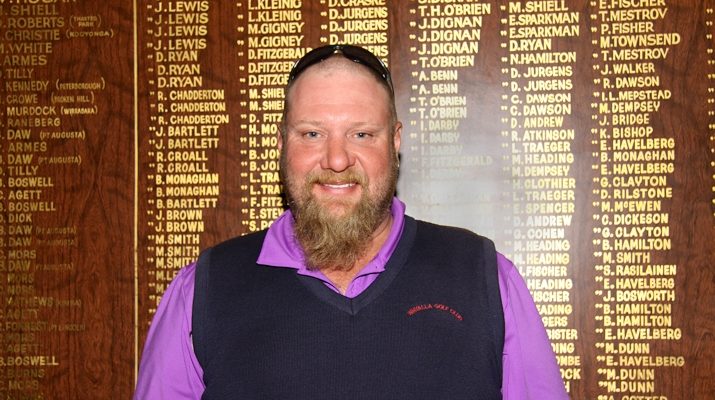 Congratulations to Steve Darby on hitting a new Club Record – 68 (off the stick). Steve’s winning round was achieved during Wed August 17th’s Stroke competition round. This beat the previous club record of 69 held by Chad McLean. Keen competition to challenge the record will be guaranteed  in next weekend’s Whyalla Open Championship. A significant number of players from out-of-town are registered for the Championship, adding further to the competition. Good luck to all players and again well done Steve Darby.

Post Script: Steve not only established a new course record in Whyalla, as of Sunday’s Iron Knob Open (21/8/2016), he now also holds the ‘New Course’ record at The Knob… not a bad week’s work. He won the the first Open on the newly developed course, despite almost losing his ‘strides’ in the process- a true champ!

This message is only visible to admins.
Problem displaying Facebook posts. Backup cache in use.
Click to show error
Error: Error validating access token: The session has been invalidated because the user changed their password or Facebook has changed the session for security reasons. Type: OAuthException